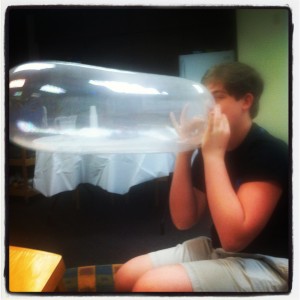 Condoms.
I got infected with HIV because I didn’t use one.
Below is a great post from goaskalice.columbia.edu about the different types of condoms.
Oh, and if you’re looking for the safest condoms on the market, check out this link to Consumer Reports’ most recent survey:
http://www.consumerreports.org/cro/shopping/december-2009/sex-and-the-supermarket/top-condoms/index.htm
Happy reading.
[divider line_type=”Full Width Line” custom_height=”35″]
Condoms are made from different materials — latex, lambskin, polyurethane, and also a new material called polyisoprene. Latex condoms are some of the most widely available and among the least expensive. The market offers several brands, each coming in a variety of sizes, colors, textures, shapes, and even flavors. Some are already coated with the spermicide Nonoxynol-9 (N-9), but this slight amount has been found to be inadequate in protecting against pregnancy. Additionally, research no longer promotes the use of N-9 as it may facilitate HIV transmission.
Polyisoprene condoms are the newest condom option on the market. Ideal for people allergic to latex or polyurethane, polyisoprene condoms have a soft natural feel that conforms to the skin similarly to latex. Some claim polyisoprene condoms are more comfortable than latex; you’ll have to experiment as a couple to find which material suits your groove the best. Right now polyisoprene condoms are sold in the United States by LifeStyles (SKYN) and Durex (Avanti Bare) brands.
Polyurethane condoms have long been the go-to for those with latex allergies. But even with the new polyisoprene condom on the market, polyurethane may still be a great choice for lots of couples. Compared to latex, polyurethane condoms are thinner and stronger, and tend to have a less constricting fit. Polyurethane condoms also transfer heat more efficiently, which some say increases pleasure.
Unlike other condoms, the non-latex variety are available in male and female versions. Worn by women, the female condom is a nitrile (synthetic rubber) sheath that’s inserted into a vagina up to eight hours before intercourse. Adding extra water-based lube helps increase comfort and decrease noise. (Note: female condoms should not to be used together with male condoms.) Check out What is a female condom? in the Go Ask Alice! archive for more information about this method. Both latex and non-latex condoms provide comparable protection against sexually transmitted infections (STIs). And while they also offer comparable pregnancy protection, non-latex are pricier than latex condoms.
Lambskin condoms, in contrast, are made from the oldest material on the market — the intestinal membrane of a lamb. Small pores make lambskin condoms ineffective in protecting against viruses that cause STIs. But they do protect against pregnancy, since the pores are too small for sperm to pass through. Lambskin supposedly has a more “natural” feel than latex and polyurethane, although the verdict is still out on how they stack up to polyisoprene condoms in this department.
All four male condom types offer the same statistical effectiveness against pregnancy, which is your primary concern. Contraceptive Technology estimates that only two percent of couples who consistently and correctly use male condoms will experience failure in the first year of usage. Female condoms have a probability of pregnancy of five percent, which still makes them quite an effective method of pregnancy prevention. The safest route in avoiding an unexpected pregnancy is to use a combination of hormonal birth control and a backup method, such as using male condoms. When using condoms alone, correct and consistent use will maximize their intended efficacy to keep you from getting pregnant. Check out How to Use a Condom Properly in the Go Ask Alice! archive for refreshers on expert condom protocol.
All five condom options — male latex, polyisoprene, polyurethane, and lambskin condoms as well as the female condom — offer similar protection against pregnancy. Other factors that could figure into your choice might include your budget, availability, how they feel, willingness to experiment, and animal rights convictions. Have fun trying them out!