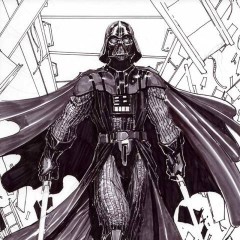 “Remember that some day, the AIDS crisis will be over, and when that day has come and gone, there will be people…who hear that once there was a terrible disease, and that a brave group of people stood up and fought, and in some cases died, so others might live and be free. I’m proud to be with the people I love…and to be a part of that fight.”
-Vito Russo
On Monday nights, in 1988, I would sit in my HIV support group and listen to my friends share the lessons they were learning from living with – and dying from – AIDS.
I can recall at one particular meeting when I came in late, Benji motioned me to sit next to him and Phyllis. So I pulled up a chair, squeezed in between them and looked around the room. There were some new faces, but many old familiar ones, too. The white couch against the wall was filled with all my friends. I grabbed my notebook as Phyllis smiled and whispered, “You gotta take notes, right?”

It was always interesting sitting next to Phyllis at those meetings. She’d talk out loud and finish people’s sentences under her breath. I suppose for herself and not just for those sitting around her. She grabbed the journal out of my hand and wrote down these words:

I wrote down many of my favorite shares from that meeting. Greg, from San Francisco said, “I feel like every cell in my body has a tear to shed.”

Curtis, who had just gotten out of the hospital, shared his experience of lying in bed, preparing to die. “It was just me and God,” he began. “That’s what did it for me. I prayed each night for Him to be with me. Just be with me. And give me peace. And take away all the pain. That’s all.”

Curtis continued. “It’s just life. We know that. And we all know so many people who have died. So what’s the big deal? I’ll just hang out with them for awhile. ” He paused a moment before he said, “…and, yeah I have fear. I’d lay there with all my fear and think: this is it. So this is it. And then I’d think, what is it? It’s just life.”

Once upon a time, most of my friends died of AIDS. But before they did, they would sit in those support groups and try to find the perfect words to describe their experience.

“I need to make peace with the word ‘AIDS,'” Robert shouted. He was in his angry phase; he had lost his ability to walk. “I want to find a new way to describe my disease. Instead of calling it the Acquired Immuno-deficiency Syndrome, I’m gonna call it ‘Always in Divine Safety.'”

Just then, Ross leaned forward on the white couch. Ross, whose HIV had manifested as a brain tumor, had lost all of his blonde curls from months of chemotherapy and radiation. “I have another one,” he smiled. Ross was always smiling. “I’m gonna call AIDS – ‘Angels in Darth Vader Suits.'”

Curtis and Robert and Ross have died, along with almost everyone in that room that night.
Benji and Phyllis are still alive.
So am I.

It was a time of unexalted destinies. Yet, we still searched for safety and meaning and angels.

This week, if a faithful ache should arrive, think of my friends and try to see the situation as an angel in a Darth Vader suit.